Human rights organizations are raising the alarm... The series of death pursues people who have been released from the prisons of the Houthi militia 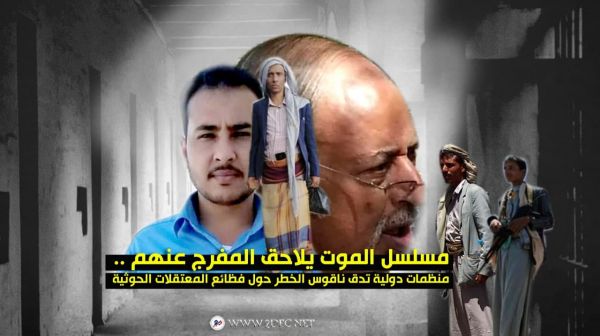 Only a few hours have passed since the announcement of the death of the academic at Sanaa University, Dr. Adnan Abdul Qadir al-Sharjabi, as a result of the torture he subjected to during a whole month he spent in the prisons of the Houthi militia affiliated with Iran until a similar incident was announced to one of the prisoners who were recently released from the militia's prisons under a deal of the exchange of prisoners took place under the auspices of the United Nations.

It is a phenomenon that has reached an expansion level, which has forced human rights organizations to ring the alarm with the growing cases of the deceased after their release from the prisons of the Houthis, who treat prisoners and abducted persons in brutal ways that are no less terrible than the practices of terrorist organizations, such as ISIS and Al-Qaeda.

Sources in Marib confirmed the death of the abducted, who was released from Houthi prison, Mustafa Qaid Hizabr al-Shar'abi, on Sunday, in the Military Hospital in Marib, after his release from the prisons of the Houthi militia in the prisoner exchange deal that took place on 15 and 16 last October.

Mustafa al-Shar'abi was detained in the prisons of the terrorist Houthi militia for a full two years, and he had suffered from physical and psychological torture and the lack of health care. His release from prison was nothing but the achievement of freedom he was eager for before the phases of torture that led to his psychological killing before he died outside prison.

Adnan al-Sharjabi, a professor of psychology at the Faculty of Arts at the University of Sanaa, passed away yesterday, after being abducted and tortured in the prisons of the Houthi militia, after spending nearly a month in Houthi detention centers from September 9, until last October 6.

Al-Sharjabi’s health condition had deteriorated until he died 25 days after his release from prison, which forced human rights organizations, including the Euro-Mediterranean Human Rights Monitor, to sound “the alarm about the atrocities committed inside the Houthi prisons, including the policy of health neglect and slow killing for detainees”.

Among the detainees who died after their release from prison, an elderly person had been abducted by the Houthi coup militia in its detention centers in the capital, Sana'a, and died on October 15, less than half a day after his arrival to his family in Amran Governorate, in the north of the country, after an abducting period that lasted more than 9 months.

Another elderly person, Naseeb Nasser Saifan (aged 70 years), was the closest to death after his release, where it was only seven hours after his release from prison until he died, and he had been detained in militia prisons since the 25th of January at the beginning of this year, where he was arrested from his farm in the Suwayr Directorate after the militia fabricated a charge of smuggling individuals to Marib Governorate against him.

On the third of last May, the abducted Mansour Ali al-Quhali, a resident of Amran governorate, died 14 days after his release from the militia's prisons, where he spent a long period of detention between Dhamar and Amran governorates, where he also died as a result of brutal torture. 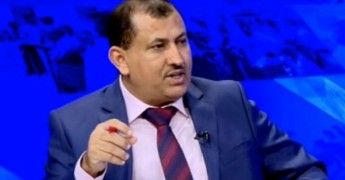 Al-Jaradi.. Marib is the castle of the Republic and the impenetrable barrier in the face of the militias of death and destruction

Al-Jaradi: The Houthi will not leave any look of t