In its second report on the human rights situation in Yemen, YCMHRV documents over 27 thousand civilians dead and 20 thousand others displaced 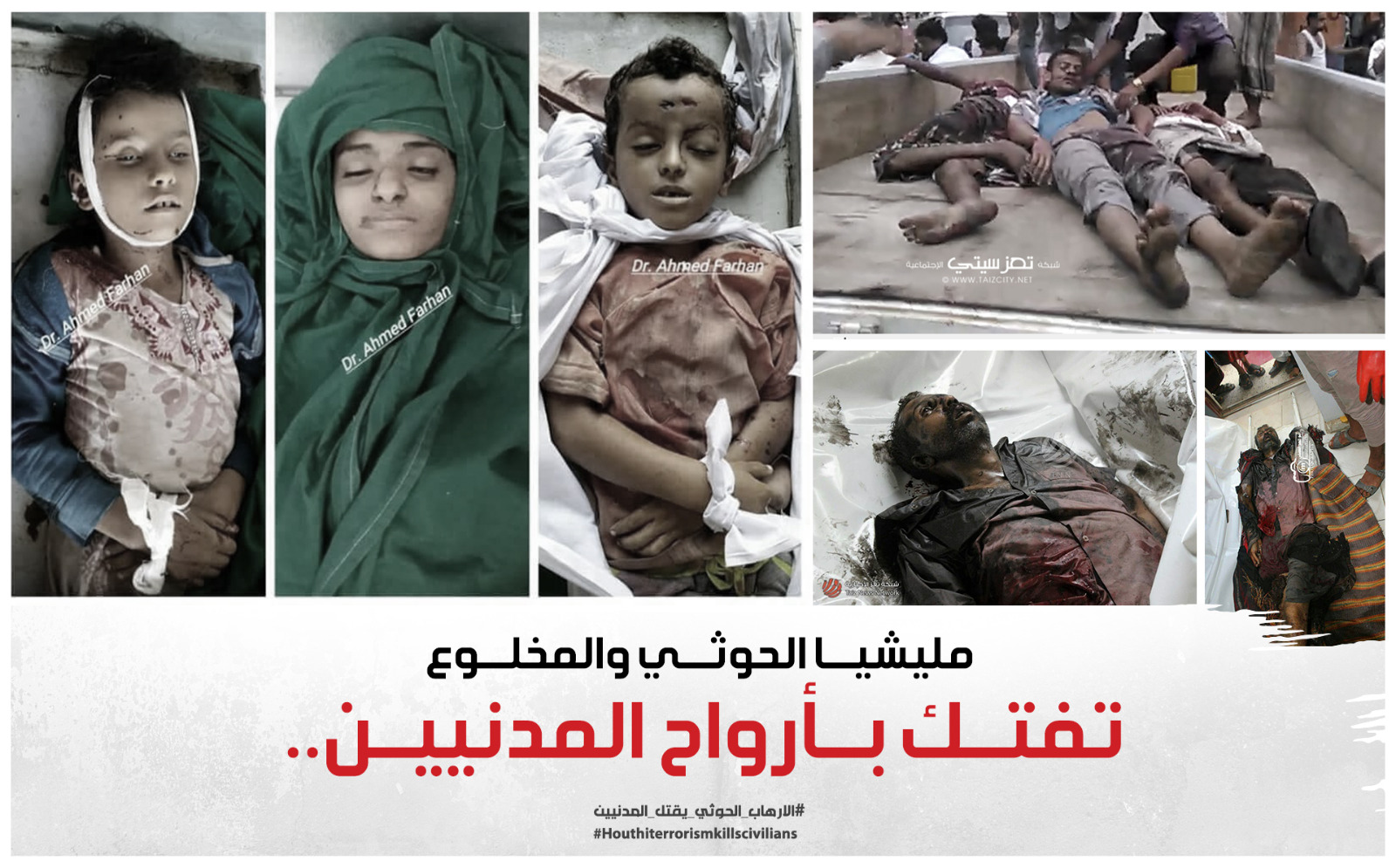 The Yemeni coalition for monitoring human rights violations on Tuesday released its second annual report on the human rights situation in Yemen over the past year 2016 on the sidelines of the 34th session of the Human Rights Council in Geneva.

The Yemeni Coalition documented that the Houthi and Saleh militias has used anti-personnel and anti-armor landmines in the conflict areas and many residential neighborhoods, main roads, pedestrian paths, and so on.

The Yemeni Coalition has verified the killing of 289 persons in 2016 including 60 children and 16 womenand the injury of 434 others including 58 children and 15 women. Taiz came first with the higher number of victims. Mareb came second. The two governorates also came first in the number of landmines used in their territories

The report monitored and documented the killing of 2,937 civilians in all Yemeni governorates in 2016. The 2,737 civilians included 531 children and 203 women. 1,910 of them, were killed by the Houthi and Saleh militias through shelling on residential areas, shooting by snipers on fatal points in the victims’ bodies, random shootings, assassinations, executions, exterminations, torture to death, and landmines explosions.

The Yemeni Coalition for Monitoring Human Rights Violations also documented that 240 of the total number of victims were killed in attacks and assassinations by extremist organizations such as Al Qaeda in the South of Yemen.

26 persons were killed in American drone attacks. 27 were killed by the Security Authorities in Aden and Hadramawt Governorates, in addition to 208 killings whose responsibility for killing is unclaimed, or by outlawed groups.

YCMHRV also documented 322 killings among civilians attributed to the Arab Coalition airstrikes, noting that the Joint Incidents Assessment Team has confirmed AC responsibility for most of these attacks and demanded compensation of the victims.

According to YCMHRV’s executive coordinator Mutahar al-Buthaigi at in side-event held in Geneva on this report, YCMHRV also documented 7,279 injuries among civilians, including 5,579 who are attributed to the Houthi and Saleh militias while the rest is distributed between the other warring parties.

288 civilians of the total number of victims including 60 children and16 women were killed and 434 persons including 58 children and 15 women were injured by the explosions of landmines used by the Houthi and Saleh militias. The Yemeni Coalition for Monitoring Human Rights Violations recorded the deaths of 137 persons including 12 media professionals, activists, and political opponents due to the torture, summary executions, extermination, and assassinations. 45 of them died as a result of torture practiced by the Houthi and Saleh militias.

Documented statistics and figures that have been documented show that 12 media professionals, activists, political opponents, and humanitarian and relief workers were tortured to death by the Houthi and Saleh militias.

The report has also documented 5092 detention and abduction cases, including 4882 arbitrary detention by Houthis-Saleh militia, 179 by government security agencies in areas under its control, 4 cases by Al-Qaeda, and 27 by unknown perpetrators.

The Human Rights Situation in Yemen, al-Buthaigi continued, witnessed a dreadful deterioration in 2016 and the concerns of such deterioration increased due to the expansion of the areas witnessing armed conflicts, increase of child recruitment to conflict hot spots and war fronts, and mobilization for war in schools. The YCMHRV documented the recruitment of more than 4,960 children by the Houthi and Saleh militias. The reporters of the YCMHRV noted the increase in the numbers of child recruits in Yemen especially in the northern governorates in Yemen such as Thamar, Sana’a, and Sa’da.

The YCMHRV team monitored 18,915 victims of refoulment committed by the Saleh and Houthi militias (17,136) and the Security Authorities in Aden (1,779). The YCMHRV also monitored 731 decisions of appointments and dismissals from work. It documented tens of incidents and collected hundreds of mems that stating the suspension or confiscation of salaries, which are considered acts undermining the authorities and institutions of the state and which were committed by the de facto authorities of the Houthis and Saleh who are in control of Sana’a.

Figures show that there have been 3,371 violations and assaults on public facilities and private properties. The most prominent and painful of these were the bombings of the houses of persons opposing the Houthi and Saleh militias as well as hundreds of other violations and attacks on health facilities, education facilities, archeological sites, public properties, and private properties. These acts were committed by several parties the most prominent of which are the Houthi and Saleh militias, other organizations such as Al Qaeda, American drone attacks, and other unknown entities.

He concluded by saying, “The report contains tens of testaments that were document by the field monitoring team for all the violation cases provided for in the report. The testimonies are samples of hundreds of stories that were collected by the team and verified through their field work. It is important to note that these violations are what the YCHMHRV team could reach, document, and monitor. There are also tens of violations that the report did not cover for the difficulty of access to them.”