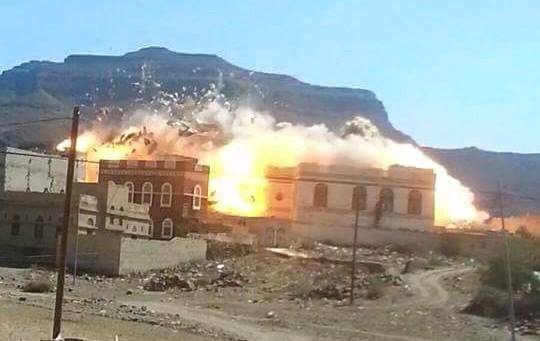 Over Yemen’s long history, rural areas have provided the most important refuge from war and conflict. Yemenis migrated from various cities to seek refuges in the mountainous rural nature of the country, until today’s Tatar have emerged and haven’t leave any safe place for people to turn to. They invaded and destroyed cities whose residents found them forced to leave seeking safer refuges in the countryside and mountains, just as has been the case during wars and conflicts throughout history. The coup’s militias, however, followed them until the farthest places. It's more like a hunt everywhere.

This pursuit is most evident in Taiz governorate where citizens of cities and villages have been followed and attacked even at the distant mountain peaks.

The cities of DemnatKhadeer, al-Rahida and al-Turba remained open places and markets for the citizens of Taiz’s rural areas who came for shopping and meeting their daily needs. The pro-government popular resistance was keen not to open any military fronts in these areas against the putschists. This, however, tempted the militias of the coup d'état to carry out large-scale kidnapping campaigns against citizens, track them and raid their homes. Most recently, what happened only two days before the preparation of this report. With this move, the militia has blocked all possible avenues for citizens to live and find safe shelters.

Not only Taiz’s countryside has been affected by the militias, but also Ibb province’s rural areas such as al-Makhader, Muthaikhirah, Badan, Hazm al-Odain, al-Kaidah, and other districts have been brought into instability after Houthi militias opened new fighting fronts there and started to follow residents.

Concerning the countryside of Dhamar province, the coup’s militias has recently created a battlefront, betraying and breaking all agreements concluded with the citizens there.

The provinces of al-Baidha, Sana'a, al-Dali`, al-Jawf, Marib and Lahj have not been immune to abuses and crimes these criminal militias commit deliberately and with premeditation in all the areas in which they set foot under pretexts of different kinds and practice various forms of violations such as killing, looting, kidnapping and intimidation.

In al-Baidah province, the militias have also stormed the most remote villages where the citizens had taken refuge, destroying whole villages, as happened in the village of Habza and some villages of Rada'a.

In all their wars throughout history, Yemenis have never fled to neighboring countries or left their lands as a result of various displacements, but they remained clinging to their home towns and lands, which they considered to be more sacred than anything else. They took refuge in remote mountains and safe countryside, which provided them with safety and food and preserved their dignity. They gathered strength and prepare themselves to start with counterattacks to restore lands and properties.

However, in the recent war, in which safe rural shelters were subjected to damages, some citizens were forced to leave for other countries such as Djibouti, Sudan and Somalia, while activists, media professionals and some political elites have fled to Saudi Arabia in order to manage the conflict and create political, media and cultural fronts backing the army and popular resistance.

All this has taken place in order not to track resistance men or create counter-fronts, but mainly to hit safe refuge places and the environment that could be an incubator for the resistance in the eyes of the coup’s militias who believe that people in cities are less inclined to take part in the resistance due to their interests. 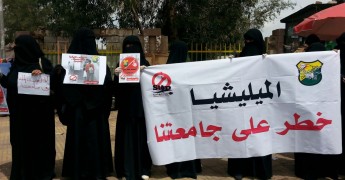